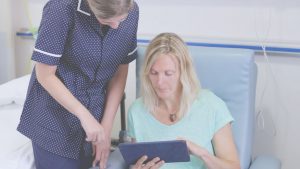 demonstrated the effectiveness of the medium in recruiting new patients, as well as relieving any concerns patients might have.

Here we’ll explore how the STRENGTH trial’s videos boost volunteer recruitment and suggest ways your study could use video too.

Why use videos in clinical trial recruitment?

Recruitment is one of the greatest challenges in a clinical trial. Estimates say that 50% of trial sites will fail to recruit a single patient, and only 20% will successfully recruit on time to their original target.

We have identified several of these, including:

Patient information videos are the answer. They make complex and confusing concepts easier to digest. Videos share information quickly and clearly, and they’re also much more memorable than text documents and conversations with doctors.

An added benefit of videos is that patients can return to them regularly. This ensures that they can get all the information they need, and answer their own queries without contacting the research staff.

Using videos in the STRENGTH trial

The trial itself was exploring if a highly concentrated fish oil pill could reduce the effects of heart disease. Trial staff also wanted to see if it could lower the risk of having a stroke (or another stroke).

STRENGTH is a five-year trial, though recruitment ended in 2017. It spread across three sites:

The trial itself was exploring if a highly concentrated fish oil pill could reduce the effects of heart disease. Trial staff also wanted to see if it could lower the risk of having a stroke (or another stroke).

STRENGTH is a five-year trial, though recruitment ended in 2017. It spread across three sites:

Which videos did they use?

The STRENGTH trial commissioned three patient facing videos, to help patients make a decision about joining the study. Here is a summary of the videos:

All of these videos were professionally scripted and produced with trained actors. They were hosted on Vimeo and added to the respective site’s web page for the STRENGTH trial. Research staff also showed introductory videos in patient waiting areas.

Researchers showed the videos to eligible patients. Administration of the videos and the subsequent survey was determined by the research staff at each site to maximise the number of patients that completed the surveys and watched the videos.

Research staff had two videos to help them learn how to use the patient-facing videos to recruit volunteers.

Watching all three of the videos took 18 minutes. Research staff encouraged patients to watch the videos multiple times, and make note of any queries they may have. They could then ask these questions in their appointment with the trial team.

Recruitment data was collected from an internal QuintilesIMS database and the sites that received the video.

The patients were also given the option to complete a survey about using the video. It assessed three core components:

The survey did not collect demographic or personal information. It was available online; accessed either by email, the site, or the trust’s web page for the STRENGTH trial.

The research nurses completed a survey about the effectiveness of using videos in clinical trials.

The survey demonstrates that the videos used in the STRENGTH trial were an effective educational tool. It ensured all patients knew about the trial, its procedures and what to expect as a trial patient. 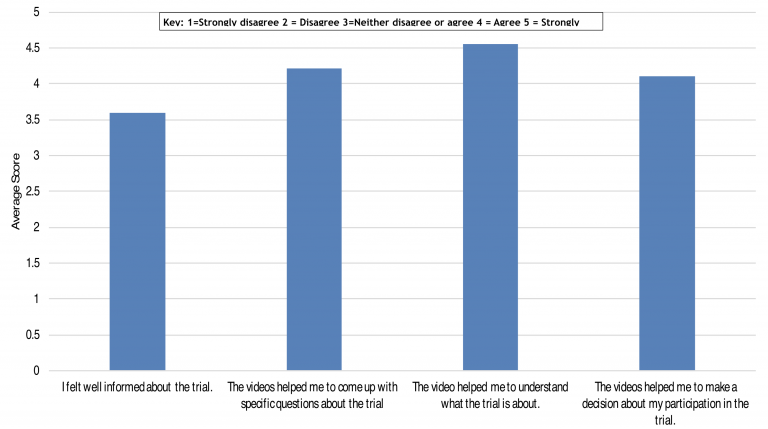 For example, all the patients knew that high levels of triglycerides can either narrow or block the blood vessels. Most participants knew that their doctor wouldn’t know whether they were on the placebo or study drug. 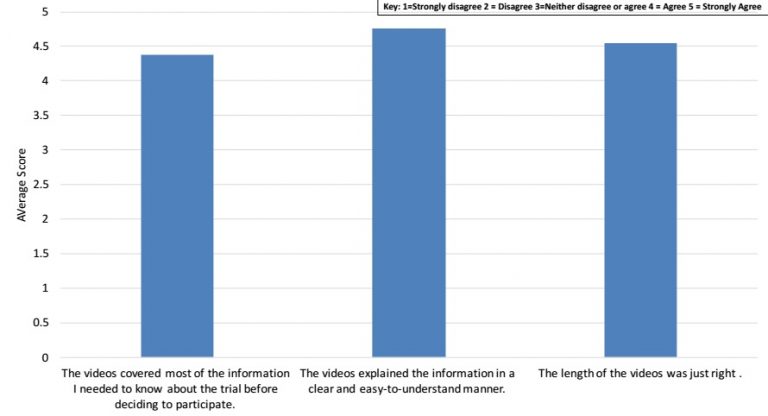 However, 48% did not know that they would need to change their diet in addition to taking the study drug, suggesting that the videos did not cover this topic effectively.

Feedback like this is vital for Health & Care Videos. It helps us choose the direction of videos in the future so they’re as helpful as possible for patients.

Most patients strongly agreed that the videos ‘explained the information in a clear and easy-to-understand manner’ and ‘covered most of the information I need to know about the trial before deciding to participate’. The majority of these patients (85%) would like to receive similar videos in future clinical trials.

These results are important as they prove that trial participants engaged with the videos. They play a large factor in deciding to participate in the trial, and really boost patients’ understanding.

Results from the nurse survey also suggest that video is an effective patient decision aid. They said that patients were ‘better informed about the trial’ and ‘prepared for the assessment appointment’.

This allowed them to spend ‘more time addressing patients’ questions rather than explaining informed consent’. They also spent much less time recruiting a single patient than they normally would.

As you can see, the overall response from research staff was very positive:

The STRENGTH trial demonstrates that informative videos can impact the decision to participate or not.

In fact, the average monthly recruitment rate increased by 140% at the Torbay and South Devon NHS Trust. 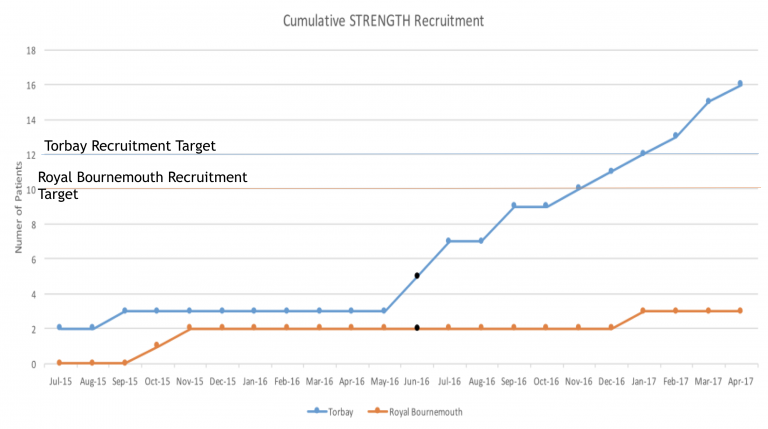 This is a very significant increase, and the survey data suggests that it is because patients are much more informed after watching the videos. They know the trial requirements and what to expect. Consequently, they can make a decision about participation.

The STRENGTH trial proves that video is a powerful and effective in multi-centre clinical trials. It also helps to have training and support provided for research staff via video.

Local branding also has a positive effect; it feels more personal, engaging and accessible for patients and encourages them to take part.

Videos boost volunteer recruitment to such a point, clinical trials around the country should start implementing similar series as soon as possible. They’re a cost-effective way to improve recruitment, engagement and, consequently, trial productivity.

If you want to know more about using videos in clinical trials, talk to the Health & Care Videos team today.