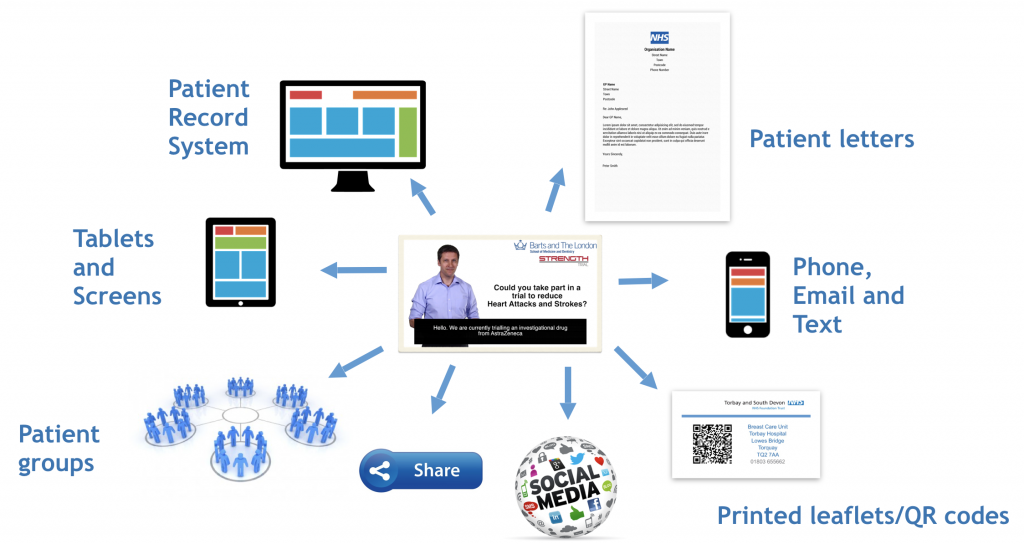 Over the years that we have been using videos, we have found that there is an enormous range of options of where, when and how you use them; on the web, on television screens, as links in appointment letters, at the end of QR codes, on iPads and in learning management systems.

Videos don’t replace leaflets, guides and letters; they complement them.  Visual prompts support the spoken word and many people find this an easier learning style, giving them alternative ways to understand. It really is so much easier for people when somebody is talking to them, especially when you want to show them something such as an exercise.

It’s not just about “where” you will use video, but also “when”. Video can be used before appointments so that people are better informed and better able to ask questions about their personal circumstances. They can be used during the journey of care, and also afterwards to reinforce important messages and guidance.

And of course, videos work because they let you reach people on their phones, tablets and computers at times and in places that suit them. So think about “how” you can use your videos in appointments, emails, texts, apps and newsletters so that you can reach people when they are most likely to pay attention to what you have to say.